In 2019, I had the pleasure of doing a Q & A with novelist Laura Sibson about her writing life and beautiful debut novel, The Art of Breaking Things. A fan of hers and her wonderful work, I was excited to learn about her sophomore novel, Edie in Between (Viking Books for Young Readers, August 24, 2021). Here’s a description from Sibson’s website:

A modern-day Practical Magic about love, loss, and embracing the mystical.

It’s been one year since Edie’s mother died. But her ghost has never left.

According to her GG, it’s tradition that the dead of the Mitchell family linger with the living. It’s just as much a part of a Mitchell’s life as brewing healing remedies or talking to plants. But Edie, whose pain over losing her mother is still fresh, has no interest in her family’s legacy as local “witches.”

When her mother’s teenage journal tumbles into her life, her family’s mystical inheritance becomes once and for all too hard to ignore. It takes Edie on a scavenger hunt to find objects that once belonged to her mother, each one imbued with a different memory. Every time she touches one of these talismans, it whisks her to another entry inside the journal–where she watches her teenage mom mourn, love, and hope just as Edie herself is now doing.

But as Edie discovers, there’s a dark secret behind her family’s practice that she’s unwittingly released. She’ll have to embrace–and master–the magic she’s always rejected…before it consumes her.

Tinged with a sweet romance with the spellbinding Rhia, who works at the local occult shop, Edie in Between delivers all the cozy magic a budding young witch finding her way in the world needs. 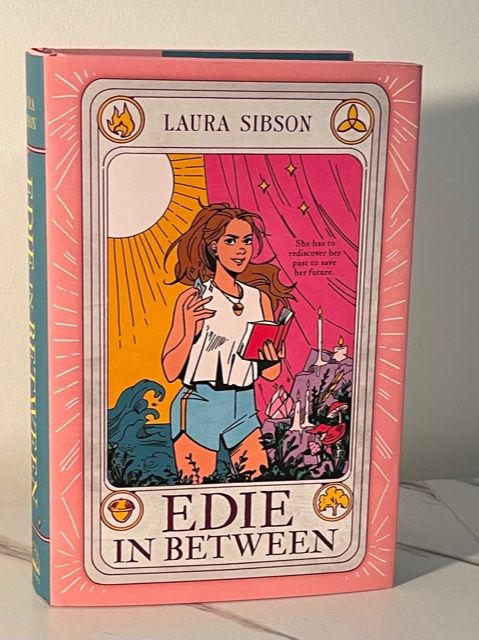 Sibson and I recently reconnected about her writing life and latest work. Here are the highlights.

What has been the best part of becoming a published author with your debut novel, The Art of Breaking Things (Viking Books for Young Readers, 2019)?

The best part of being published is having the opportunity to interact with readers – either in real life at book events or through email – and hearing that your book affected them in some way. The other aspect of being published for which I’m very grateful is the doors it’s opened for me to lead workshops at The Highlights Foundation and to teach writing at the university level, both of which have been long-held dreams for me.

Was the process of writing your sophomore novel, Edie in Between, very different than that for your debut? If so, how?

The process of writing a second novel on deadline is night and day from the process of writing a first novel on your own schedule. For The Art of Breaking Things, I had years to work on the prose and the plot. I shared that manuscript with several trusted readers more than once. Edie In Between, on the other hand, was crafted through collaboration with my editor at Viking, Maggie Rosenthal. I threw some ideas at her, she came back and suggested I merge two of the ideas and the current version of Edie was born. I wrote a skinny first draft, then after receiving global revision notes from Maggie, threw out half of the draft and wrote even more. Maggie was instrumental in guiding me toward infusing the story with more magic and inspiring me to increase the stakes. I love the story that has resulted and I’m so grateful to work with an editor who has such a keen eye and is so skilled at her job.

I’m intrigued by the cover of Edie in Between. It’s so retro! Can you tell us the thought behind it?

The book is about a young witch who is reluctant to take on her power. In the book she meets a girl at an occult shop who reads tarot and helps Edie learn to wield (and accept) her magic. (Spoiler alert: there are sparks of attraction!) The design team wanted to pull in that tarot card sensibility for the cover, so they commissioned Lisa Sterle, who created the Modern Witch Tarot (among many amazing things) to create an image for the cover. And it’s perfect! While the book deals with parental loss, it’s also a fun story of friendship, magic, and adventure. This cover captures all those elements.

What personal experiences inspired this novel?

There are several elements in Edie In Between that stem from real life. First, the grief narrative was inspired many years ago when I wondered what it was like for my mother to have lost her father when she was just eighteen years old. That original story, which was my creative thesis at VCFA, was a contemporary realistic story of a girl who is navigating grief in an unusual way. The family name of the witches, Mitchell, is my mother-in-law’s maiden name. We lost her in 2014, so using that name is my way of paying tribute to her. Also, the setting of this final incarnation comes from my life. Cedar Branch is a fictionalized version of a place on the Chesapeake where I camped with my family when I was a kid. I have the best memories of crabbing and learning to paddle a canoe and swimming in the river. And finally, our younger child, who is 21, came out as transgender while I was drafting this story which inspired me to use Edie’s reluctance around magic as a metaphor for acceptance and claiming your full self.

How has the pandemic affected your reading/writing life?

I wrote like crazy while on deadline, but now that I don’t have an editorial deadline, I confess that diving into the drafting process has been more challenging than I’d like. As for reading, initially when the pandemic hit, it seemed that I couldn’t read anything longer than a news article. But I’ve gotten beyond that and have been reading a lot lately. Partly out of necessity. I’m teaching a college-level writing course this fall so I needed to read widely to select books to assign. (And there’s VCFA rep on that list! I’ve included Nora Carpenter’s Rural Voices Anthology as well as Varian Johnson’s Twins.) I’m also moderating a virtual YA rom-com panel for Salem Lit Fest in September, so I’m reading the panelists’ books as well.

As writers, we’re always studying, learning, and focusing on the craft of writing. How have you been able to maintain/guard your writing time while handling the rigors of the business (which includes engaging in social media, doing events, etc.)?

I find that it all comes in fits and starts. At the moment, I’m very focused on promoting Edie In Between so drafting my next novel is taking a back seat for a few weeks. But I’m also developing the syllabus for the course I’m teaching, and I do volunteer work as well. I find that the social media aspect of promoting a book could take up the entire day if you allow it. I set specific amounts of time for social media and then I use Freedom to limit access to those sites while I’m working on the course or the new writing project.

How do you generate ideas for future novels (if that’s something you are pursuing), and what do you do with those ideas once you have them?

When an idea lights upon me, maybe through a conversation with someone or a news story or walk in the woods, I’ll generally start writing what comes to mind to evaluate if the idea has legs. Many sparks don’t go anywhere. The ones that keep my interest or seem to have possibility, I’ll continue drafting as scenes come to me. Eventually, I get to a place where I need to stand back and see what I’ve got and figure out how to move forward. Usually is this around the 20k words mark. I’ll start to create a loose plot and keep going from there. 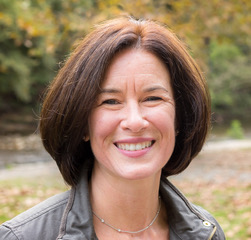 What’s your writing routine during drafting and/or revision?

Now that meeting in coffee shops to write isn’t really feasible, I’m fortunate to have a room on the third floor of our old Victorian home where I can work. My desk is perched before a set of windows that look out over the big magnolia in our front yard. I usually put in some ear buds, make sure I’ve got plenty of fresh coffee, turn on the Freedom app and dive into the writing. Having said that, I can’t sit still for long periods of time, so I’ll get up to walk around every hour or two.

What writing tools/resources would you not want to live without?

Scrivener. I still believe that I would not be able to draft a novel without it. My brain gets overwhelmed when drafting in a word document, partly because I tend to draft out of order. I’ve also become increasingly reliant on my white board for plotting.

Any tips for aspiring novelists just getting started on their writing and/or publishing journey?

Finish the thing. That is the best advice I can give because it’s really all the advice wrapped up in one short sentence. Finish the thing means don’t give up on yourself or your story. It’s also intensely practical because you cannot query agents until you have a completed manuscript. Many, many people start, but never finish. You’ve got to finish if you want to be published.

What makes you want to keep writing?

To be frank, I don’t think I could not write at this point. I get grouchy and irritable when I’m not working on a new story. Even when the world of publishing feels tough and I wonder if I want to keep going, a character or a setting or a situation calls to me and back into the writing cave I go.

Check out reviews of Edie in Between by Kirkus and Publishers Weekly. You can also learn more about Laura and her work by visiting her website.

Edie in Between is available at AMAZON, BARNES & NOBLE, INDIEBOUND and BAM.

About Laura Sibson: After a career in undergraduate counseling, Laura Sibson pursued an MFA from Vermont College of Fine Arts. When she’s not writing in a local coffee shop, you can find her running the neighborhood streets or hiking with her dog. She lives in Philadelphia with her husband and their two sons. Laura is available for school visits, book clubs, workshops and conferences. She can speak on the process of writing and publishing to audiences from middle school into adulthood. With her background in one-on-one counseling, giving presentations and facilitating both panels and writing groups, Laura brings both warmth and professionalism to all of her endeavors.