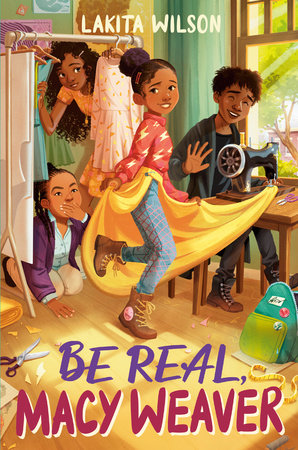 If you’re looking for a middle grade novel that seamlessly weaves the struggles of forging and maintaining friendships with fashion and fun, and makes readers laugh while also touching their hearts, Lakita Wilson’s debut middle grade novel, Be Real, Macy Weaver (Viking Books for Young Readers, July 12, 2022) is a pure delight. While it’s true that the author is my friend, a fellow Revisionary with whom I graduated from Vermont College of Fine Arts with an MFA in Writing for Children and Young Adults, hearing her work read aloud and interviewing her during our graduate residency told me she was one to watch. Her debut has met all my expectations. It is as beautiful on the inside as it is on the outside, and I have no doubt it’ll resonate with readers, young and old, as well as seasoned and aspiring writers studying their craft.

Here’s a brief description and synopsis of Be Real, Macy Weaver from Wilson’s website:

A humorous, heartfelt, and fashion-filled middle grade contemporary novel about Macy Weaver, a young girl struggling with how to be her true self and make a best friend—during a tumultuous year when her mom goes back to college. Perfect for fans of From the Desk of Zoe Washington and Stand Up, Yumi Chung.

Eleven-year-old Macy Weaver knows relationships are complicated. Fresh off her latest friendship breakup, she’s spent most of her summer break on her own. So, when Macy’s mother decides to go back to college three states away, Macy jumps on the chance to move—anything for a fresh start.

But Macy’s new home isn’t exactly what she expected. Her mother’s never around and her dad’s always working. Lonelier than ever, Macy sets her sights on finding a new best friend. When she meets Brynn, who’s smart and kind and already seems to have her whole life figured out—down to her future as a high fashion model—Macy knows she’s it. The only problem is that Brynn already has a BFF and, as everyone knows, you can only have one.

Resorting to old habits, Macy turns one small lie into a whole new life—full of fantastic fashion and haute couture—but it isn’t long before everything really falls apart. Ultimately, Macy must determine how to make things right and be true to herself—rather than chasing after the person she thinks she’s supposed to be.

I had the pleasure of doing a Q & A with Wilson as below. 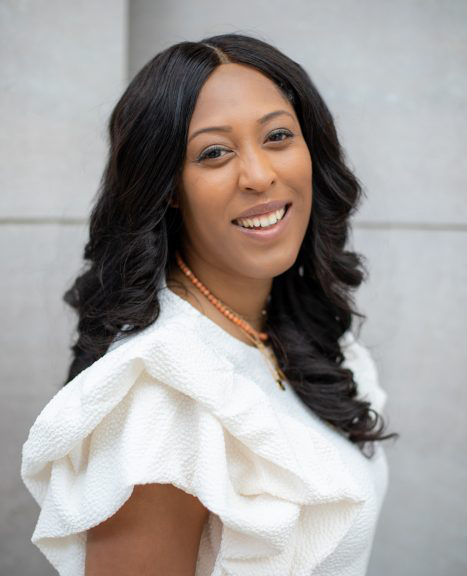 Which came first — Macy Weaver, the character, or her story? And what compelled you to write the story for middle grade readers in particular?

Let’s see…I remember brainstorming ideas for my next novel, and the theme of wanting best friendship kept popping into my mind. I wanted to write about a girl who wanted to be best friends with someone, and couldn’t. I remember giving Macy (my main character) a non-human friend first—Charlotte, the spider. Then, I set most of Macy’s story in a thrift shop, where she liked to hang out. In the final version of BE REAL, MACY WEAVER, the spider’s role has been reduced and the thrift shop scenes are gone. So, I guess you could say the character came first, because most of the story elements from the first draft are no longer there. Haha!

I’ve wanted to write middle grade most of all, because my memories from my own middle grade years are the strongest. The growing pains were so real at that age, that I naturally connect and empathize with children still going through it.

Friendships can be fabulous, but they can also be fraught—and fleeting. Is there anything you learned about yourself and your own friendships/the role of such relationships in your life (past and/or present), when you were on Macy’s journey?

Writing Macy’s friendship story forced me to look back at my own friendship journey, and how difficult it was to find my own community. Much like Macy, I think when I started to appreciate my authentic self more, the right friends naturally found their way to me—instead of me having to seek them out.

You write everything under the sun—nonfiction chapter books, middle grade and young adult novels. You’re also one of the most productive people I know (one who has often written at 5 a.m.—God bless you). Give us a glimpse of your typical writing life when you’re drafting and revising and how you fit it into your life/prioritize it in the context of being a professor and having family and other responsibilities.

Writing at 5am becomes less and less true every day, lol! I really wish I could go back to my 5am Writing Club schedule, but the pandemic has thrown my sleep schedule completely off. These days, I actually get the most writing done when I plan for an overnight writing sprint.

Typically, I write during the day, unless I’m teaching at the college, which is a few days a week, during fall and spring semesters. I try to stick to a solely teaching day/solely writing day schedule so that each has my full attention. I love teaching and I love writing, and I would like to continue the two, forever. But, I definitely have to give each their own time.

As far as the writing process, I can revise anywhere—especially on my couch, after a midday snack. I love revisions. But drafting is harder. Sometimes, I go away to draft, or I choose to draft strictly overnight—while the world sleeps—so I can really get in the zone and live the story right along with my characters. It’s a little spooky actually, because sometimes I can put myself so far into that head space, that I’ll look off to my right, expecting to see Pax or Grace walk by. Don’t believe me? Try writing at 3am. The silence will mess with you!

What’s the best writing advice you’ve ever received or that you can offer to new and seasoned writers from both a craft and business perspective?

Most recently, I’ve found that launching a novel can be a bit of a distraction. Before the books actually publish, it’s just you and your manuscript—no outside feedback except what happens between you and your editor—which still feels very much like a safe space. But, once people know a book is coming out, and they see the cover, and reviews start coming in, it’s very easy to refocus on that part, and suddenly—at least for me—you find yourself googling reviews instead of writing the next novel. It’s a very slippery slope!

Every writer I’ve talked to who has published books warned me of this pitfall—of becoming too consumed with every morsel of feedback—because good or bad, it will mess with you, and eventually take away from your writing time. And to make it long term in publishing, you have to continue writing, and focus most of your energy on that next project. It’s probably one of the few areas where writers have a bit of control.

What’s next for you in the kidlit space?

I’m currently working on my debut young adult novel, Last Chance Dance, which will hit shelves on February 21, 2023 as well as my second middle grade novel, which will also be published in 2023.

To learn more about Lakita Wilson and her wonderful work, visit her website.

Lakita Wilson is the author of several novels and nonfiction projects for children and young adults, including What Is Black Lives Matter? a part of the New York Times bestselling Who HQ Now series, and Be Real, Macy Weaver.

Elisa Zied a writer for young people. She holds an MFA in Writing for Children and Young Adults from Vermont College of Fine Arts and an Advanced Graduate Certificate in Children’s Literature from Stony Brook Southampton. She also earned a BA in psychology from University of Pennsylvania and an MS in clinical nutrition from New York University. Before embarking on a fiction writing career, she garnered millions of media impressions as a nutrition expert, spokesperson, and freelance health and nutrition writer. She also authored four award-winning nutrition titles including Younger Next Week (Harlequin Nonfiction, 2014) and Nutrition At Your Fingertips (Alpha Books/Penguin, 2009). She lives in New York City with her husband and two sons and is an avid walker, music lover, and extremely amateur photographer.